Jeez Louise – a Pepper Ale unlike any other. A Pale Ale at heart, this beer takes the highly revered Citra Hop and marries it with the Jalapeño Pepper in a brew that is light on heat and amazingly drinkable. The soft water of Kiln really lets the Jalapeño flavor shine through allowing for a wonderful balance that showcases the flavors of both the hops and the peppers.The Citra Hops have refreshing tones of melon, passion fruit, and lychee thus providing a tropical atmosphere that lets the heat of the Jalapeño Peppers tease the taste buds. Bringing together the sultry combination of malt, aromatic hops, and spicy peppers this balanced brew is approachable, quenchable, and shareable. Jeez Louise is offered in draft and four-pack bottles.

Heirloom – In the South we cherish a lot of things: memories, recipes, and family heirlooms. Most are passed down generation-to-generation and shared with friends along the way. Such Southern culture inspired Lazy Magnolia’s latest brew in their Debutante Series, Heirloom Ale. Sturdy and refined, this American Sour Amber Ale aged on Pinot Noir Oak Chips is pleasantly tart with a medium-body and a vivid amber color. The Pinot Noir Oak Chips lend notes of dry oak while adding an overall complexity to the beer. Heirloom Ale is available in 750ml bottles for a limited time.

2015 10th Anniversary – Blending inspiration from Southern Pecan and the delectable Trappist Ales of Belgium, we present to you in all of its grandeur, 10.  This ale is our anniversary beer, stamping a tremendous exclamation point on a decade of brewing at Lazy Magnolia!  Expect a bold, full bodied ale that marries the rich plum, fig, and caramel maltiness of Trappist Quadruples to the nutty and dessert-like aromatics of Southern Pecan.  Finished with a hint of oak, this ale is a complex brew of balance that will age well for many years to come. Its a 10! 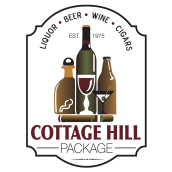